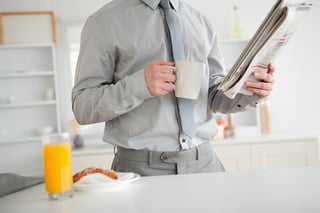 Tesla hacked and used to mine cryptocurrency

FedEx is one of the latest companies to suffer from an AWS misconfiguration. Bongo, acquired by FedEx in 2014 and subsequently renamed CrossBorder, is reported to have left its S3 instance completely unsecured, exposing the data of nearly 120,000 customers. While it is believed that no data theft occurred, the company still left sensitive information (like customer passport details) exposed for an extended period.

In light of the escalating costs of cyberattacks in the United States, the White House released a report scrutinizing the current state of cybersecurity. In particular, the report recognized the critical link between cybersecurity and the economy at large. Should other countries execute cyberattacks against organizations responsible for US infrastructure, the repercussions could be severe.

The Securities and Exchange Commission recently announced that knowledge of unannounced breaches is insider information that should not be used to inform the purchase or sale of stock. This comes largely in response to Intel and Equifax executives selling stock before their companies announced breaches.

In September of 2017, Equifax announced a massive breach that leaked names, home addresses, Social Security Numbers, and more. Interestingly (and frighteningly), it now appears that even more data was leaked than the company originally reported.

To defend against leaks, breaches, and other threats, organizations should adopt next-gen security solutions like cloud access security brokers. To learn more, download the Top CASB Use Cases.