Next-Gen BYOD Requirement 5 of 6: Be a People Pleaser 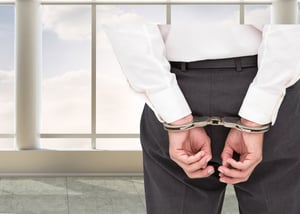 It used to be that you could force pretty much any solution on employees and they would have no choice but to adopt it (or take the drastic measure of changing jobs). They gladly wore their handcuffs in exchange for a steady paycheck.

Fortunately (in my opinion), those days are over. The availability of a wide range of consumer devices and applications has ushered in a new era – one where employees can “BYO-IT” if IT doesn’t provide what they want.

Watching this unfold has been particularly interesting, because rather than try to lock things down even further, many of todays’ IT security professionals have adopted a new persona – one of an enabler rather than of a controller. This persona has breathed new life into the CISO, opening their minds to things like user experience, which was unheard of in the past. I think the ultimate realization was that a happy and productive employee is much more likely to abide by security policies than one who is forced into handcuffs (i.e. third party “containerized” mail client) in order to get his job done.

The way to ensure this employee happiness is to provide them with the applications and devices that they desire, but with the native, familiar experience that has made those apps and devices so popular in the consumer world. A user that can work the way that they live won’t think twice about staying within policy.

Get the Bitglass BYOD Security datasheet to learn more:

This is post 6 in a 7-part series on next-generation BYOD requirements. Read the prior posts here: