InfoSec 2018: Insights from the Next-Gen CASB 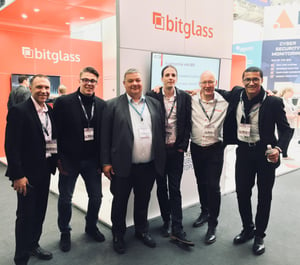 The hustle and bustle of InfoSec Europe has come to an end. There was a lot of bustle – I estimate in the range of 22,000 to 25,000 visitors over three days – and it was clear that there was a lot of hustle going on across the vendor stands.

There was a definite upturn in the number of vendors exhibiting at InfoSec this year. This created a massive challenge – differentiating and getting your message out despite all of the noise. From endpoint, to network, to SOC, to AI, to cloud, and beyond, it was definitely a show that highlighted the sheer number of vendors addressing different problems. On the occasions that I made it away from booth duty, I took the chance to meet a number of alliance partners and look at the various technologies in the show.

Many early-stage startups with fascinating approaches to solving security challenges were present. There was a great deal of focus on businesses’ need for automation (through AI) to give meaningful insights into threats whilst reducing the risk and burden of “alert paralysis.” Some of the demos were very cool. Seeing the live hacks on stage was quite impressive – the CyberArk hacker was especially entertaining.

The show was particularly interesting from a cloud access security broker (CASB) perspective. There has been a lot of acquisition recently in the CASB space. Vendors taken out of independent status had InfoSec presences merely as parts of wider platforms from well-known stalwarts of the industry. However, it seems some of the post-acquisition integrations are still to be completed, as many of these larger vendors were still pushing the same messaging they have been for the last five years. Basically, they were saying “We can do everything, it might not be best of breed, but we still do everything, trust us.” In addition to this, a couple of new players appeared at the show, demonstrating that people see there is a market opportunity to solve a real problem. While there were lots of cloud security vendors addressing shadow IT, the “first mile” to the cloud, only Bitglass’ Next-Gen CASB addresses the “last mile” and provides comprehensive security through its Zero-day Core.

In terms of attendees, it was clear that they could be broken down into a few distinct groups. Firstly, you had those that wanted to evaluate the state of security and wanted to take stock of their vendor relationships. Secondly, there were those who basically wanted to collect giveaways; they were not really interested in much other than who had the best freebies (I noted a distinct lack of fidget spinners at this show). Thirdly, some attendees knew exactly who they were seeing, had a mapped itinerary, and were laser focused on discussing their challenges with preselected vendors. We had many conversations with end users who had specifically searched for Bitglass, which is a testament to our position in the market.

Overall, it was a solid event which offered a great opportunity for networking both in and around the venue. We hope to see you there next year!