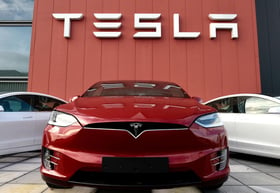 During his two-week employment, a former Tesla Inc. software engineer stole more than 6,000 scripts, or files of code, that automate a broad range of company functions. The software automation engineer, Alex Khatilov, was hired as one of a few employees to have access to the files, which the company says were unrelated to his job.

The Ins and Outs of Insider Threats

Insider threats are among the leading causes of breaches. As they involve the usage of legitimate corporate credentials to access enterprise resources (AWS, Office 365, Salesforce, and others like them), they are inherently quite challenging to detect. What is an enterprise to do? Learn more by watching the below Glass Class.