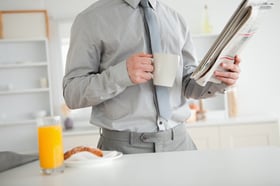 Data on 123 million US households leaked

Alteryx, an analytics firm, was found to have an AWS misconfiguration that exposed the personal data of 123 million US households. This was the largest such leak to date. While it is unclear how much the data was actually accessed by malicious parties, it remained publically available for a number of months.

Large technology companies are beginning to focus their time and energy on healthcare. As the industry is large, growing, and profitable, organizations like Google, Apple, and Microsoft are investing in technologies that will help them to serve healthcare providers (and their customers) in innovative ways.

Intel's chip-level technology (spanning the last two decades) was found to contain a vulnerability that exposes sensitive information to hackers. Passwords, encryption keys, and more can be taken from affected computers' kernels. Obviously, this discovery has massive security ramifications.

The Department of Homeland Security experienced an unauthorized data transfer that leaked over 247,000 records. The breach (which was caused internally rather than by an external hacker) exposed the personally identifiable information (PII) of many current and former employees; for example, their Social Security numbers.

Point-of-sale devices at retailer Forever 21 were used by hackers to install malware and gain access to the company's network. While not all PoS systems were infected, the culprits still gained access to the credit card information of many customers. The extent of the malware infection and data theft are not yet known.

Whether it's breaches, leaks, malware, or anything else, these news stories highlight the importance of cybersecurity. Organizations must adopt complete security solutions in order to protect their data. To learn about cloud access security brokers, download the Definitive Guide to CASBs.