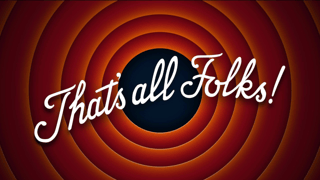 The CASB market has evolved considerably in its first few years of existence as enterprises have sought out how best to use these tools. Early adopter use cases in Shadow IT visibility provided a shocking “aha” moment for enterprises, but limited long term value. The rise of Office 365 and other major SaaS platforms cemented CASBs as a strategic aspect of enterprise security infrastructure – providing real-time data & threat protection.

While the major SaaS use case will continue to be critical for enterprise CASB deployments, the market need is shifting to the third wave – the long-tail of SaaS applications. The long-tail represents the hundreds, possibly even thousands, of cloud apps that will make their way into your enterprise over the next few years. CASB has emerged as mandatory for major apps that have invested heavily in security. For this second tier of applications, it becomes even more critical.

Amidst this expansion of applications, it’s hard to believe that there are still a couple of remaining API-only CASB offerings on the market. In 10 Best Practices for Successful CASB Projects,* Gartner’s Neil MacDonald states, “another significant limitation is that of the estimated 10,000 cloud services, only 20 or so have suitable APIs at this point.”

As the long-tail of SaaS becomes a reality, the need to invest in a CASB that evolves and responds to the dynamic nature of the enterprise cloud footprint is more critical than ever.

The only thing constant in the cloud is change – new applications, new application behaviors, new threats. That’s why Bitglass has invested heavily in our Zero-day CASB CoreTM technologies – next-generation tech that meets your cloud security and compliance needs today, and into the future.