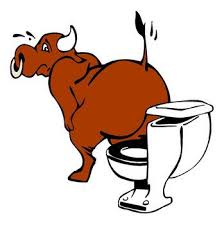 Was chatting with an engineer who just joined Bitglass today.   He said he had also interviewed at a competitor and was scared off.  Tell me more, please.

Turns out they told him that they had just been issued a patent that gave them the exclusive rights to real-time DLP on cloud application traffic.  Being a smart engineer, he decided to investigate and found two things.

Thing 1:  The patent was complete bullshit.  Here is the top-level claim from the patent.

A computer-implemented method of monitoring and controlling enterprise information stored on a cloud computing service (CCS), the method including:

using a cross-application monitor to detect:
a cloud computing service (CCS) application programming interface (API) in use by a client; and
a function or an activity being requested by the client via the CCS API;
determining the function or the activity to be performed by parsing API data exchanged via the CCS API, the parsing based on the detected CCS API, and identifying content being transmitted between the client and the CCS;
selectively applying a content inspection rule with a multi-part string search pattern, based on at least the determined function or activity, to the content being transmitted between the client and the CCS to find two or more non-contiguous strings that are within a proximity specified in the content inspection rule and that, based on the finding, are therefore subject to content control; and
triggering a security action responsive to finding the two or more non-contiguous strings subject to content control.
HTML is an API, HTTP is an API, XML is an API, any network protocol is an API as it can be an Interface to Program Applications.  How could they patent DLP on any network protocol?
Thing 2: Talked to some other engineers at the company, and they conceded that their product was horrible to deploy and customers struggled every day.
Welcome to Bitglass. And a word to the wise - if you pursue bullshit patents, you will scare off the best engineers!
FOLLOW US
SUBSCRIBE TO OUR BLOG