A Vantage Point to See Threats Before Impact

At a time when the focus has been on adversaries that develop increasingly complex and sophisticated attacks, tried and true techniques such as compromised credentials continue to be amongst the most potent weapons. According to Verizon’s annual DBIR Report, 80 percent of confirmed data breaches involved weak, default or stolen passwords; or brute force credential compromises.

The risk will vary depending on the level of access it provides. Privileged credentials (e.g. administrative accounts) give access to systems and devices, sensitive data or unfettered rights to move within the infrastructure. Not to be forgotten, are service accounts like accounting@company.com that often deliver the deepest level of access into a company.  Service accounts are used by machines rather than humans, and therefore cannot easily leverage the added security of one-time passwords and MFA.

We observe these often. And while they differ in their own way, they follow a similar pattern (directionally following an attack framework of choice):

While you want to secure all three fronts, the likelihood of preventing every instance of credential abuse is foundationally difficult: you must be right every time and the attacker only needs to be right once. Most security teams are hard pressed to confirm, let alone respond to compromises before movement occurs.

We observe and track activity on all fronts. In particular, our platform is in the unique position to see attacks after credential compromises have occurred but before the impact of a breach. That position delivers direct visibility into initial access to apps, systems and data; especially when they trigger anomalous, unexpected behaviors that are indicative of malicious activities.

In the last month alone, the following is a small sample of observed behaviors: 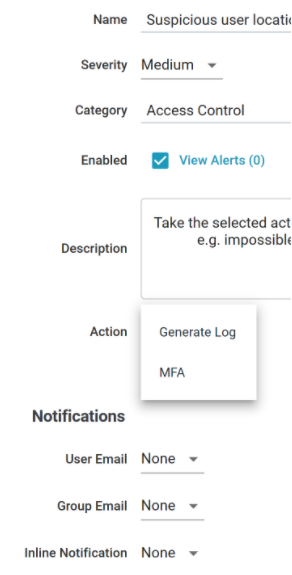 Having observed thousands of these incidents, it has informed the controls, usability design and active integration with partners like Crowdstrike across the Bitglass platform. We invite you to share your use cases with us or have a short conversation about the behaviors we actively track.

To learn how your organization can gain full visibility and control over the wide range of applications that employees use to perform their work duties, download “Bitglass for Securing Common Apps” below.